Since 1997 is Vive la Fête a fixed value in the international music and fashion . Els and Danny have always been self-willed and characteristic. They have a different attitude. Their music is a mix of new-wave, French chanson, pop and electro. The band is discovered by Walter Van Beirendonck and later by Karl Lagerfeld. They have often been playing on fashion shows and party’s of icons like Dirk Van Saene, Yamamoto, Balenciaga, Hugo Boss, Chanel and very recently Saint Laurent (YSL).

21 Years and 10 albums later, Els and Danny release a new album: Destination Amour. “Destination Amour” is the result of three years of hard working, recording, delete and refining ideas. We can compare the album with the search of true love.

They’ve never stopped believing, put styles together, from guitar to electro to chanson and back. Soft and rough moments are perfectly matched with the recognizable sound of Vive la Fête. All this with only one destination, Destination Amour. 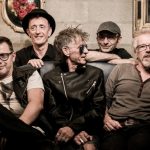 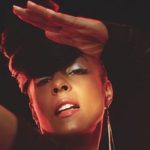