Australian band The Triffids announce a headlining tour to take place in Europe from 18 till 23 October 2016.

A unique show featuring the remaining members of the band – Rob McComb, Also MacDonald, Martyn Casey, Jill Birt and Graham Lee and some guests will perform the album ‘Born Sandy Devotional’ in its’ entirety (It’s the 30th anniversary of the release this year)

”The Triffids were hailed by the music media as “one of the most influential and important bands to come from Australia” and their 1986 album Born Sandy Devotional, has become a modern classic.

Led by singer and songwriter David McComb, The Triffids formed in Perth in 1978 and soon relocated to London, achieving popularity throughout Europe and becoming the first Australian group since the Seekers to feature on the cover of New Musical Express.

In 2008 the band was inducted into the Australian Rock And Roll Hall of Fame by Nick Cave. In October 2010 ‘Born Sandy Devotional’ was listed at No. 5 in the book 100 Best Australian Albums. 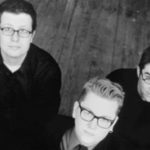 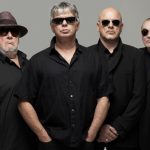